At last there’s a joined up global initiative following closely on the tax capture of cryptoassets.

It’s been on the cards for some time, let’s be honest.

The Basel committee met up this week and shared some stories about looted gold and the like.

How can we regulate this quantity they asked (referring to cryptoassets). 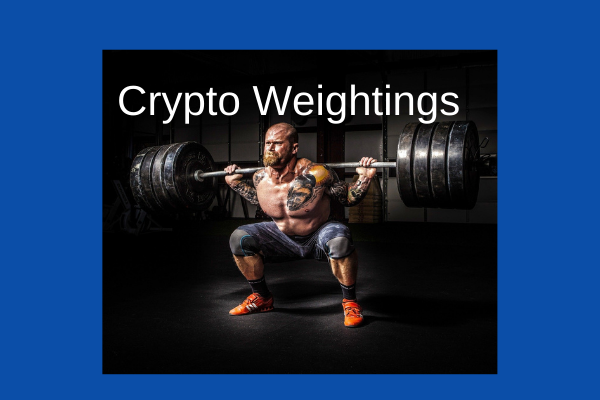 Assigning risk weightings to Tokenised Traditional Assets and Stablecoins is the Tier 1 approach.

In the very near future holding these within portfolios should be as easy as any other type of investment such as a bond or share.

Already, wealth managers are formulating their crypto asset offerings so that at long last investors left out in the cold can dabble with a bit of modernity and get their lust satisfied for some crypto exposure (without worrying about dodgy exchanges and regulatory absence).

Just like ratings are assigned to government (or sovereign) bonds as being less risky than most corporate bonds, the same will apply to Tokenised Assets and Stablecoins.

This is great news for the likes of Facebook (and the Zucker crew) as they’ll be able to roll out their Stablecoin DIEM and leverage the 2 billion or so users they have captive to use their particular coin on the expanding Facebook (and associated entities) as a means of payment.

Tied to the USD – no problem.

Tier 1 definition and regulation to match.

Cryptocurrencies – Bitcoin (and other volatile F*****s)

It’s been a volatile year for Bitcoin, and other crypto (currencies).

Ramping up to dizzying highs of 65K or so, then slithering back to 30K.

Volatile in a word. Great speculation. Great if your timings right (and mine is) so bring it on.

Elon Musk helped propel to new highs (apparently for profit taking on long positions) only to spout out negatives once profits were taken.

Conservative Prudential Treatment (in Basel speech) means the dosh has to be there to back it up.

Or in other language collateral.

That means no ‘notional’ hokery pokery.

Abstract valuations on mystical probabilities are out, meaning notional is out.

Instead, full collateral will need to be kept, allocated and approved.

Clear documentation will need to be in place to ensure there’s no fumbling around in terms of what collateral is available to cover what.

No, collateral specific to bitcoin (or whatever else) will be the requirement.

In plain English the level of capital will have to equal the value to exposure in bitcoin or whatever else classified as a cryptoasset.

Yes, construct a fund with exposure to Cryptoasset of choice and market to both institutional and retail clients – but the message is clear – ensure the capital is there to cover all exposure.

Expect extra charges to cover operational risks as well, as if you need telling.

It’s been dragging on and on.

Moons, summers and winters have passed.

But in many ways we’re just at the beginning.

At time of righting (or wronging) price of bitcoin has speedily ramped up to 37K and if you missed the dip – still a good in.

Big punters are restless and increasingly impatient with regulatory pussy footing around.

The Basel crew are ushering a new joined up approach and specifying precise definitions and applicable capital requirements.

Those that have ignored or stayed in the sidelines regarding embracing crypto assets as a true investment class will have to emerge from the shadows and develop, entice and funnel clients.